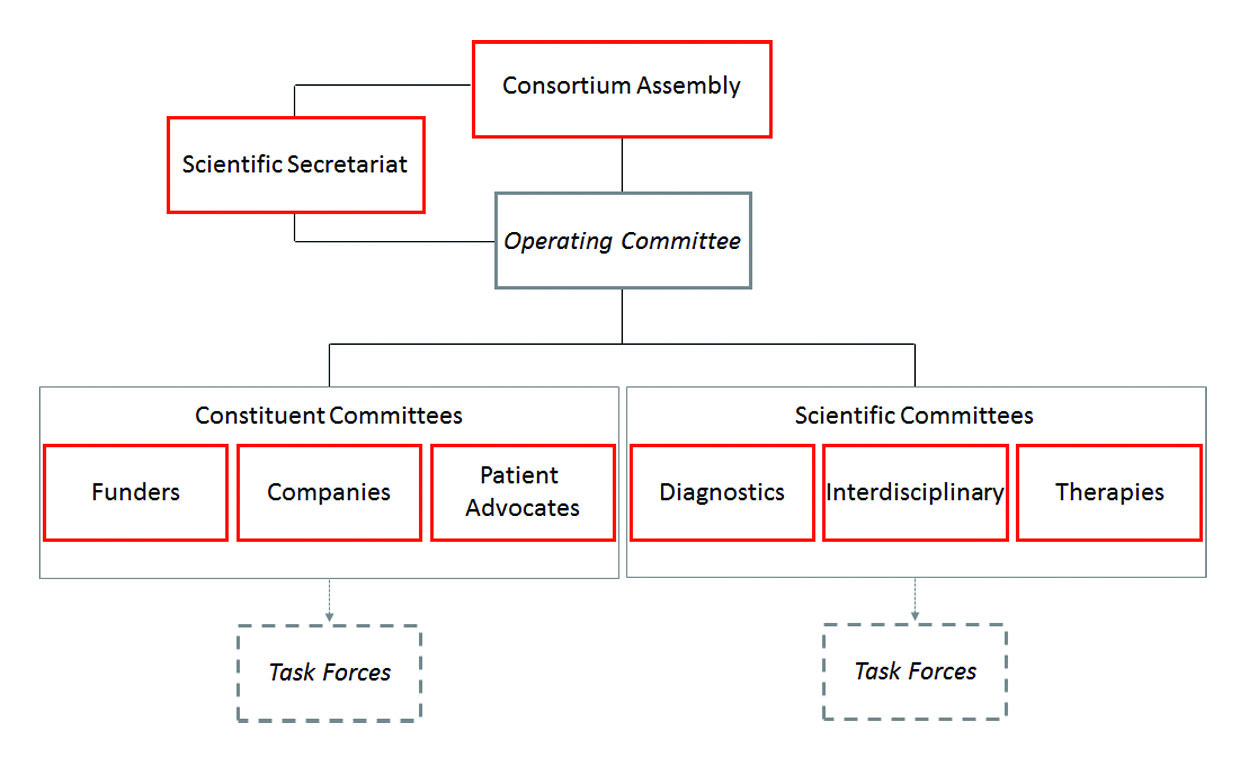 IRDiRC is governed through a Consortium Assembly, an Operating Committee, three Constituent Committees and three Scientific Committees, aided by ad hoc Task Forces. The Scientific Secretariat provides organizational and communications support. The composition of these bodies are described below.

The Task Forces are created to tackle specific topics within rare diseases research proposed by the Constituent and/or Scientific Committees and selected as prioritized actions by the Consortium Assembly and the Operating Committee. Each Task Force reviews current barriers to efficient and effective rare disease research, and proposes solutions through policy recommendations and/or technical applications including platforms, tools, standards and guidelines. Members of the Task Forces are nominated based on their expertise in the selected area and include key players of diverse backgrounds to ensure different perspectives are taken into consideration to drive innovation and new approaches. The Task Forces may operate, on a time-limited mandate, either solely as IRDiRC initiatives or jointly with partner groups that wish to collaborate and address similar issues.

The Scientific Secretariat provides organizational, secretarial, reporting and communications support to IRDiRC and its members. Currently based in Paris, France, the Scientific Secretariat also collects and disseminates results of research funded by IRDiRC members, coordinates the reviews of IRDiRC Recognized Resources, updates metrics to assess progress made on IRDiRC goals, identifies reports and guidelines of interest for use by the rare disease research community, produces the State-of-Play of Research reports, and plays a pivotal role in organizing all IRDiRC Conferences, meetings, and teleconferences to further the mission of IRDiRC and its members.

Office of the IRDiRC Chair

Enable all people living with a rare disease to receive an accurate diagnosis, care, and available therapy within one year of coming to medical attention

Read more about our goals

This site is provided on an “as available” basis. While IRDiRC believes the content on this site to be correct, IRDiRC makes no representations or warranties regarding the accuracy, completeness, currency or intellectual property rights of or relating to any content displayed.